Did ‘Team Sky’ Wheelie Know What They Were Doing?

Fifteen years ago, it would not have been a surprise when news broke of a top cyclist and team potentially breaking the rules by using performance enhancing drugs. However, in 2018, cycling looked to have turned a new page in its history as less riders were becoming banned for using illegal substances to enhance their performance during key tours, like the Tour de France and La Vuelta.

Whilst this may still be the case, there are growing worries about the use of legal performance enhancing drugs through the use of TUEs, standing for Therapeutic Use Exemptions. TUEs allow for athletes to take certain drugs if they are proven by a doctor to help put a cyclist back on a level playing field due to the way they counteract medical conditions. One example of this, and the one in contention with Sir Bradley Wiggins, is a hay fever drug which would be banned by the UCI, cycling’s governing body. However due to a doctor’s signature, specific cyclists are allowed to use it. What makes this more controversial is that the drug in question, triamcinolone, was a drug which cyclist Michael Rasmussen was banned for taking during his career.

Sir Bradley Wiggins has come under scrutiny due to the timings of when he takes the drug, namely before major tours. Wiggins was quick to answer this criticism by stating that he takes it at that time every year since that is when there is lots of pollen in the air, resulting in millions of people taking hay fever tablets and medication of some kind.

Wiggins’ teammate Geraint Thomas has called into question whether TUEs should exist in any form as they simply encourage the bending of rules. This is because whilst taking a TUE when it is not necessarily needed is not breaking the rules of cycling, it is breaking the ethical lines set out by the sport.

This does however bring into question whether or not the incident should even be looked at. This is because the publicity caused by this scandal, whatever the outcome, has negative connotations for everyone involved. If you are Sir Bradley Wiggins, Sir Dave Brailsford or Team Sky, then your reputation as a clean team and cyclist is brought into retrospect. This could further harm Sir Bradley as he is widely viewed as one of Britain’s most successful and influential sportsmen. Furthermore, these rumours and allegations may deter kids from getting involved in the sport, leading to a decline in uptake in the future.

As well as this, the sport of cycling is harmed by the allegations as they bring into question whether or not the sport has moved past the period of time when drug cheats were common and almost an expected part of cycling which they had been trying so hard to get away from.

Looking at this, whilst the actions of those involved may have been stupid, unethical and questionable, looking into the matter when it is clear a rule has not been broken is not helpful as no one can be punished for what happened as no rules were broken. This means that the investigation will merely ruin the view of a sport which has had increasing members in the UK every year since 2008.

Therefore, regardless of the reason for taking the TUEs, it is arguably stupid to be looking into the case as it is just picking a hole in events which are needless. It is like building a road through a field, instead of just travelling 200 metres down the road to travel around it. Not only is the field ruined, but all those who use the field and may even rely upon the field for their income and life have to find something new. The investigation is only tarnishing a legacy, which by all accounts, involved lots of hard work and dedication to achieve. 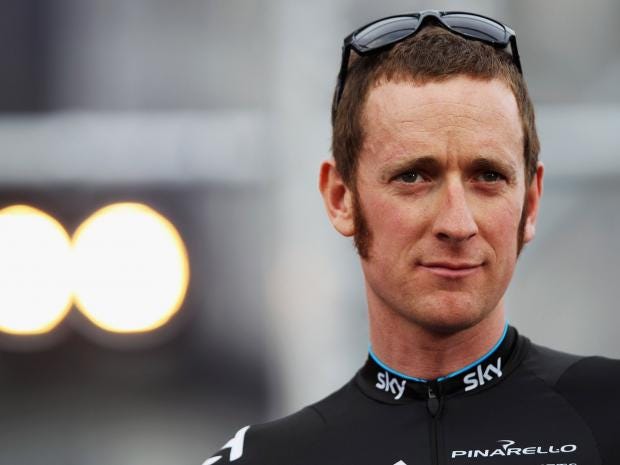